How Bitcoin Halving & Ethereum 2.0 Could Spark the Next Big Bull Run

Ever since the great bull run of 2017 and subsequent crash, investors, traders and crypto enthusiasts have been speculating on what will be the catalyst to the next price explosion. The news of Facebook entering the crypto realm with Libra has certainly renewed media attention, but we are still to see the market return to near all time highs seen at the end of 2017. So what could cause it?

Bitcoin Halving in May 2020

On May 27th, 2020 in a process known as halving, the reward for mining new blocks on the Bitcoin blockchain will fall from 12.5 BTC to 6.25 BTC. So, effectively, overnight the supply of new Bitcoin entering the market will be cut by 50%. Assuming all other factors remain relatively equal, simple economics predicts this should lead to an increase in price. But what does history tell us?

This will be the third halving event to have taken place since Bitcoins inception. Following the first halving event on November 28th, 2012, there was a gradual increase up until the day but not a great deal of price action immediately after. However, around 6 months later Bitcoin reached an all time high around 18x greater than the price at the time of the halving.

We saw a similar pattern after the second halving on July 9th, 2016, with a steady price rise in the run up and an increase of about 54% 6 months later. One year on and the price had increased a further 8-10x, and 18 months later it was some 30x greater than at the time of halving! So what’s going on here?

Similar to the way conventional markets respond to scheduled events, the upcoming change to supply is already factored in to the price by the time it actually occurs. This is because traders anticipate the effect of the event and respond accordingly, hence the gradual increase in the run up with little change immediately after. We see this with other known events in the crypto space, such as Consensus.

Bitcoin price in the months leading up to Consensus.

However, also in line with how traditional markets operate, it takes time for demand to react to changes in supply. Take interest rates for example, it is estimated that any change can take 12-18 months to be fully realised throughout an economy. So in much the same way, we expect Bitcoin prices to feel the supply squeeze some 6-18 months after a halving event.

Phase Zero relates to one of the most highly anticipated updates in crypto history, Ethereum 2.0, rumored to be released as early as January 2020. This will see the network move to a Proof of Stake (PoS) consensus mechanism whereby users can earn interest by staking their ETH in a node. Returns are estimated to be anywhere from 5 to 10%. 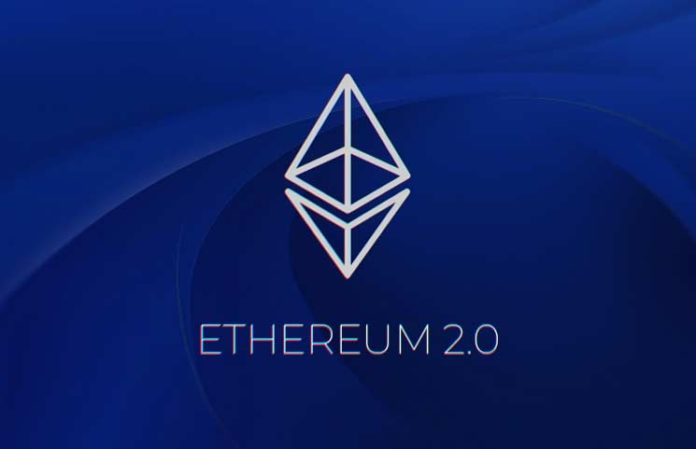 Ethereum is not the first network to introduce PoS, but due to its size and reputation this is a massive development. As the second largest cryptocurrency, Ethereum has the most awareness aside from Bitcoin. So it’s likely the opportunity to earn interest on holdings will attract new users and potentially financial organisations. Furthermore, the community has been waiting on this release for literally years, so the hype alone should drive up demand.

There are also several supply side effects that will come into place as a result of Ethereum 2.0. First off, it’s expected around 10 million ETH will be staked, which means roughly 10% of the supply will become locked up. Secondly, miners currently add about 6.3 million ETH to the total supply per year, but moving to PoS will reduce this to around 500,000 per year.

It’s hard to see how the increase in demand combined with a fall in total supply, as well as new supply of ETH, will not lead to prices increasing substantially.

When Can We Expect the Next Big Bull Run?

No one can say for sure when this is going to happen, or if it will happen at all, but the fact the two largest cryptocurrencies are due to undergo massive supply side shocks is a pretty good indicator. Since it takes around 6-12 months for the effects of a Bitcoin halving to be fully reflected in the price, we are predicting some parabolic price action toward the end of 2020.

With new supply of Bitcoin cut in half, any changes in demand will have a disproportionate impact on price compared with pre-halving. The launch of staking on Ethereum, which roughly coincides with the halving, could just be the catalyst that will drive the next big bull run.

Related Articles
We will be happy to hear your thoughts

How Bitcoin Halving & Ethereum 2.0 Could Spark the Next Big Bull Run

Free updates, direct to your inbox.

Free updates, direct to your inbox.

CoinDrift is a comprehensive resource that aims to provide high quality information on all aspects of cryptocurrency. Through market insights, ICO analysis and beginners guides, we strive to produce useful content for seasoned crypto investors, as well as those just breaking into the industry.

CoinDrift is a participant in the Amazon Services LLC Associates Program, an affiliate advertising program designed to provide a means for sites to earn advertising fees by advertising and linking to Amazon.com.

Amazon and the Amazon logo are trademarks of Amazon.com, Inc, or its affiliates.